What's not to love about WildCountry in Australia? 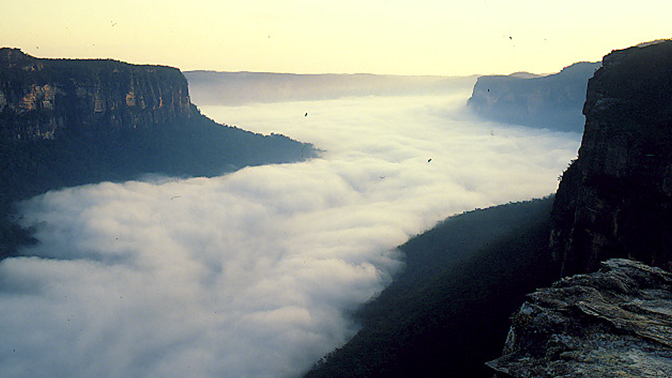 Five thousand years ago all the Earth’s surface was wilderness. Today, three-quarters of the planet’s wilderness has been destroyed, while the remainder is under pressure and fast shrinking, devoured by roads, farmlands and bustling urban areas.

Catastrophic consequences have followed. In just a few centuries, more than 900 species have disappeared, while another 35,000 are now on the brink of extinction. Some have described this situation as the sixth Mass Extinction in the Earth’s history.

As the ecologist, Prof. Harry Recher, proposes in What Makes this Old Scientist Grumpy (2013), averting a disaster of this scale requires that we start thinking big:

“A whole-of-landscape approach, such as WildCountry and Wild Lands, is needed; the conservation paradigm should be inverted with the entire                continent seen as a nature reserve and human activities managed with nature conservation as a priority.”

WildCountry is a visionary, continent-scale idea designed to halt the collapse of nature in Australia. Informed by the work of ecologists like Prof. Recher, it is about preserving large-scale ecological processes, as well as the natural resilience of ecosystems, to stop the next Mass Extinction.

The regeneration of nature and its ‘natural flows’ can provide a counteracting force against climate change, extreme floods and fires, the decline of pollinating insects, and the deterioration of rivers and wetlands. It parallels similar-minded projects overseas, like The Wildlands Network in North America and Rewilding Britain. Ideas from WildCountry have contributed to Australian projects like the Great Eastern Ranges and GondwanaLink.

At the heart of a ‘WildCountry’ approach to conservation is this conviction: nature needs to be made strong, so that it can thrive without ongoing human intervention (e.g., breeding programs), withstand climate change and endure the myriad of environmental harms wrought by man.

For Recher and other like-minded scientists, a resilient natural world cannot be achieved if the conservation movement continues to focus mainly on protecting iconic species like the Platypus.

Nor can it be assured by seeking protection for isolated, fragmented conservation reserves, many of which are ‘too-often poorly managed’ and ‘temporary pending decisions on the best economic use of the land’.

As many of the ecological processes that maintain the natural world operate at a continental scale, we must start thinking big. Then, let’s get to work protecting, restoring and connecting wild landscapes to avoid the collapse of nature in Australia.

After all, nature deserves to survive and thrive across this ‘wide brown land’.  It is the life-support system for some of the most unique biodiversity in the world - and for, us as well. So, what’s not to love about WildCountry in Australia?