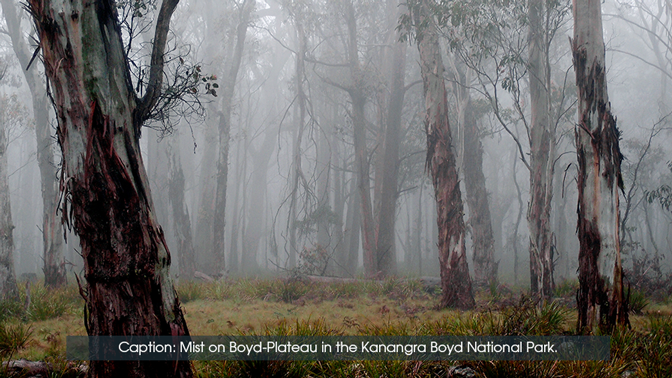 First, in late 2001, Bob Debus – then Environment Minister and now Colong Foundation for Wilderness Chair – introduced legislation into the NSW Parliament to transfer 40,000 hectares of land around Warragamba Dam (known as “Special Areas”) from the Sydney Catchment Authority (SCA) to the National Parks and Wildlife Service (NPWS). The land had originally been owned by Sydney Water until the SCA was established in 1998. This single decision increased the area of the Blue Mountains and Kanangra Boyd National Parks by around 15%.

While large areas of Warragamba Special Areas were already managed by NPWS, including land that forms part of today’s Nattai and Kanangra Boyd Wilderness Areas, transferring the remaining area to NPWS was important to protect more land of the highest cultural and conservation value as well as better protect Sydney’s drinking water supply.

Second, legislation was introduced to strengthen the protection of wild rivers within national parks. This added protection for rivers was a direct result of the Colong Foundation’s advocacy, and especially that of Keith Muir. The Kowmung River was the first wild river to be recognised. The Brogo, Grose, Colo, Upper Hastings and Upper Forbes Rivers and Washpool Creek soon followed.

And finally, it was 2001 when Bob, as Minister then responsible for both the SCA and NPWS, formally scrapped the decades old plan to dam the Shoalhaven River near Braidwood, the so-called Welcome Reef Dam. This would have irreversibly altered natural flows in the river, including as it flowed through the Ettrema Wilderness Area.

This decision was a shock to those who were advocating the building of more and more dams. It sent an important message. That more dams were not the answer to Sydney’s drinking water shortage and that water conservation and recycling had to be taken seriously. To top it off, the new 5,600 ha. Nadgigomar Nature Reserve was soon declared over part of the former dam site.

Each of these decisions was preceded by strong and effective lobbying by NSW conservation groups. Each remains relevant to this day, especially in the context of the proposal to raise the Warragamba Dam wall.