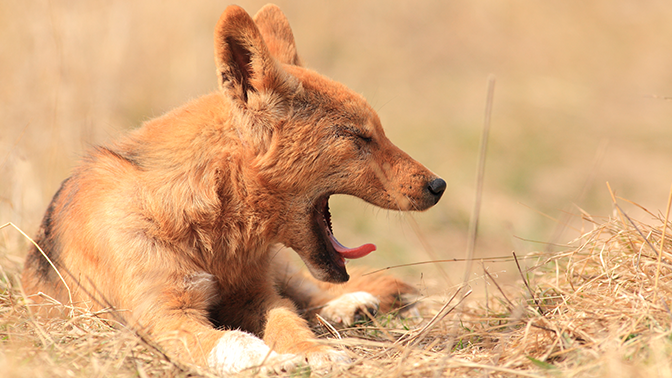 On a recent ABC Science Show Professor Chris Johnson of James Cook University, Townsville, was interviewed by presenter Robyn Williams about his considered view that Dingoes should be allowed to roam freely in the wild.

Williams outlined how Johnson describes three waves of extinction in his book Australia’s Mammal Extinction – A 50,000 Year History. First the Megafauna became extinct about 45,000 years ago. The Thylacine and the Tasmanian Devil became extinct on the mainland a few thousand years ago and this is often thought to be due to the arrival of the Dingo as new top predator about 4,000 years ago. Johnson thinks it may have had more to do with increased hunting and competition for prey.

The last wave was in the last century and a half and caused the extinction of the smaller ground-dwelling marsupials, larger rodents and many bird species, although there was no great change in their habitats. It was due to two imported species, Foxes and feral cats, becoming the top predators in the bush. These two animals exist in other parts of the world and have not caused the extinction of equivalent small animals there; so why in Australia?

Johnson finds that it is because there is no larger predator to limit the population of Foxes and cats. He cites what happened in Sweden when the Lynx was hunted almost to extinction. This caused an explosion in the Fox population and a dramatic reduction in their prey. Since the hunting of Lynx ceased about ten years ago, the Fox population has decreased by about 10% per year and the small animals have recovered.

Johnson observed a similar effect on a beef-cattle station in northern NSW where the owners did not try and control the Dingoes. There were no Foxes on the property because they were hunted and killed by the local Dingoes. He observed this also in other areas of Australia where there is a stable Dingo population and found that there is less extinction of species in such areas.

There are some dramatic illustrations of this. One of the last mammal species to become extinct on mainland Australia was the Mala, or Rufus Hare Wallaby, which we lost in about 1990. It is still being bred in captivity and there are populations on islands off the West Australian coast, but on the mainland it is extinct in the wild. In the mid 1980s there was one population of Malas left in the Tanami Desert and they lived in an area that had lots of dingoes. Dingoes occasionally preyed on them and it seemed like a good idea to poison the Dingoes to help boost the Mala population, so that was done. But within a couple of weeks of poisoning the Dingoes, Foxes invaded the area, cats invaded the area, and before too long all of the Mala had been killed. There was a person doing a PhD study on the Mala, so he could see exactly what happened. Fox tracks would appear in one part of his study area and very quickly the Mala tracks would disappear. Then the Fox tracks would move on to another part of the study area and the Mala tracks would disappear there. It could have been just a few individual Foxes moving through the colony that eventually killed the whole lot of them, but that hadn’t happened until the Dingoes had been removed. This suggests that we can use the Dingo as a kind of biological control of Foxes and cats, and that this can actually work to prevent extinction.