Answer me honestly. Does this sound like careful legislative process to you? Or does it sound like suspicious and indecent haste?

A bill entered the lower house one Tuesday in September. The next day, Wednesday, was its second reading speech. The following Wednesday it was sent to committee, which gave a bare week for public submissions (of which, nevertheless, 110 were received) and a single day for a public hearing. A mere six days after that the final report – final, mind – was bound, gagged and delivered. A week later again, the full bill passed unmolested through both houses. Four weeks, go to woah. 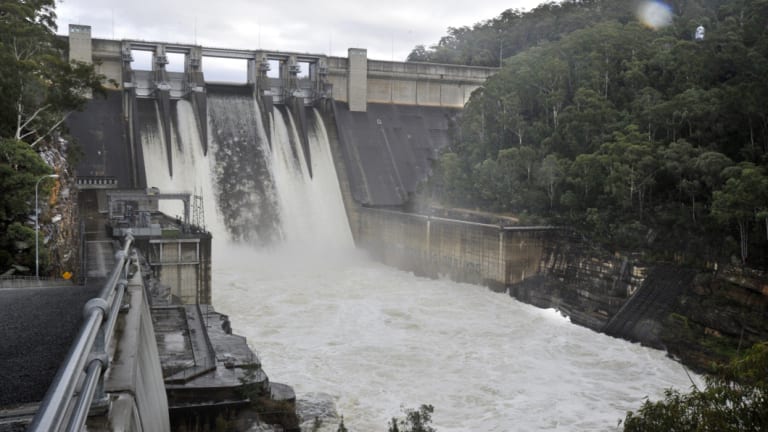 Water flows over the wall at Warragamba Dam.

Or maybe, more accurately, go to woe. For this bill - which concerned citizens and interest groups enough to spawn 110 submissions in an instant, yet bothered politicians so little they whizzed it through unamended – is legislation to enable raising the Warragamba dam wall by 14 metres.

You might think it’s about water. Certainly, with a growing city, warming climate and shrinking rainfall you’d be forgiven for making that presumption. But no. Wrong.

This legislation is about water only insofar as it enables the destruction-by-flooding of some 4700 hectares of the World Heritage Blue Mountains National Park, to reduce the flood risk in the Hawkesbury-Nepean valley. The legislation removed a 'technical barrier’ in the form of a law that has protected national parks by banning the impoundment of water within them. This has opened the gate for the dam-raising plan to go through the approvals process.

A higher dam wall will push water further back upstream in the case of flood, rather than downstream. This "temporary inundation" will wreck 65 kilometres of wild rivers, breeding habitat for some 48 threatened species - including the critically endangered Regent Honeyeater - as well as sacred and significant Aboriginal sites, many still undocumented. It will also will destroy hundreds more hectares of our most fertile food-lands. Yet the pollies passed it more easily than passing wind. Why? 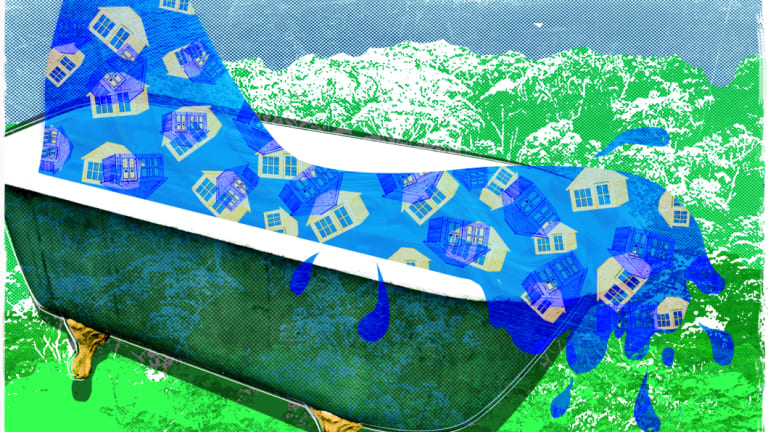 Who benefits? Principally developers, who get to keep building, putting an anticipated 134,000 more people in harm’s way by 2041. In other words, it’s the usual short-sighted trade-off, nature for money.

It’s 13 years, almost precisely, since I wrote here of the massive new Hawkesbury-Nepean land releases and the developers slavering to exploit these fertile flood plains.

“They call it lifestyle but sprawl is its proper name ... obliterate flood-prone strawberry fields, eucalypt forests, greenhouses, orchards and lush dairy pasture ... If Planning's big act is simply to bend with every puff and zephyr of self-interest, we should scrap the entire department and let market forces rip. Sprawl to the Blue Mountains. Build in the flood plains, where houses will prove as uninsurable as in New Orleans. Concrete over the last remaining arable land in the Sydney basin, where 8,000 farmers run a billion-dollar business. Truck our bok choy and our fresh baby endive from Griffith. Fly it from China.” 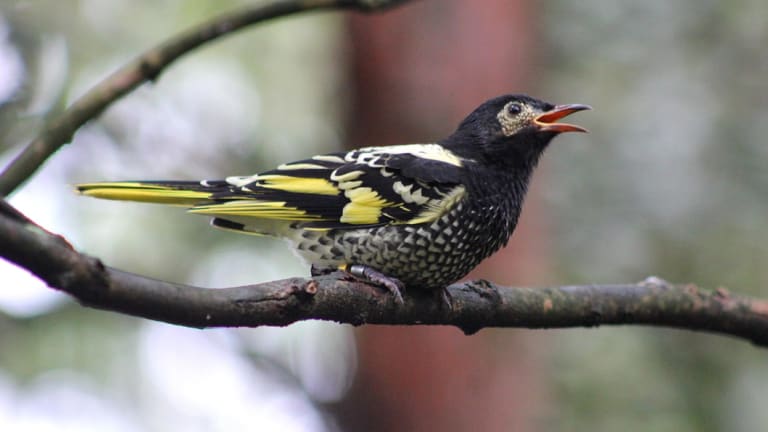 There’s no joy in saying I told you so, but so it came to pass. This is inexcusable. It’s like moving to the Cross for its funky vibe then closing down the music joints because of noise. It’s like choosing to swim with sharks then shooting the creatures when they attack. Too late you realise what you’ve really shot is your own stupid foot.

It’s all part of the fallacy that Sydney’s housing hunger means we should abandon all pretence at regulation, reason or democracy. This is wrong.

It’s wrong morally, but also practically. Geography 101. Floodplains are fertile. They therefore make good farms but bad suburbs. Destroying farmland for sprawl was dumb to start with. Destroying wilderness to protect and propagate that sprawl verges on mindlessness.

Gundungurra woman Taylor Clarke - who, with her mother, has worked since childhood to reconstruct the history of her people who were scattered by the original dam-building in the 1950s - likened the destruction to demolishing the Opera House or Taronga Zoo.

“The valley is home to the only intact painting of a waratah connected to the Dreaming,” said Clarke. “There are many burial sites ... paintings, meeting places, the Jooriland homestead and more ... we believe our ancestors walk this sacred land beside us.”

Water dissolves the binder used in rock art so, although the inundation during a flood may be “temporary”, the loss will be permanent. “If this proposal goes ahead… the next generation of Gundungurra people will never even know what is gone.”

But there are also serious questions about whether this proposal can work, either to protect the valley from flood (since the Warragamba is one of five rivers) or to sustain Sydney’s water supply.

Professor Stuart Kahn, from the University of NSW, argued that water-quality was at serious risk when there are newly inundated lands in the catchment area. In Brisbane’s catastrophic 2011 floods, floodplain development had been theoretically protected by keeping the Wivenhoe Dam under-full, but sudden inundation produced such extreme turbidity that Brisbane almost ran out of drinking water, even while it was flooded.

Perhaps most telling, though, is that the government refuses to disclose the background to its “cost-benefit” analysis - insisting on passing legislation before any debate, publicity, serious environmental examination or genuine assessment has taken place, all the while counting as dollar-losses the houses, cars and lives not yet on the floodplain while attaching no value to endangered species, wild rivers or sacred indigenous artefacts that have existed there for eons.

We could save the $670 million, stop building on the floodplain, build a decent road system to evacuate those already there, keep the dam half-full so that flood capacity remains and if we’re worried about water, recommission the Kurnell desalination plant we already have - mothballed, never used yet capable of producing 91 billion litres a year, powered by the sun. Belt, braces and elastic.

Does dismissing this commonsense option out-of-hand sound like a government protecting our best interests? Or scrambling to protect itself and its mates, whatever the cost?

When the levee breaks